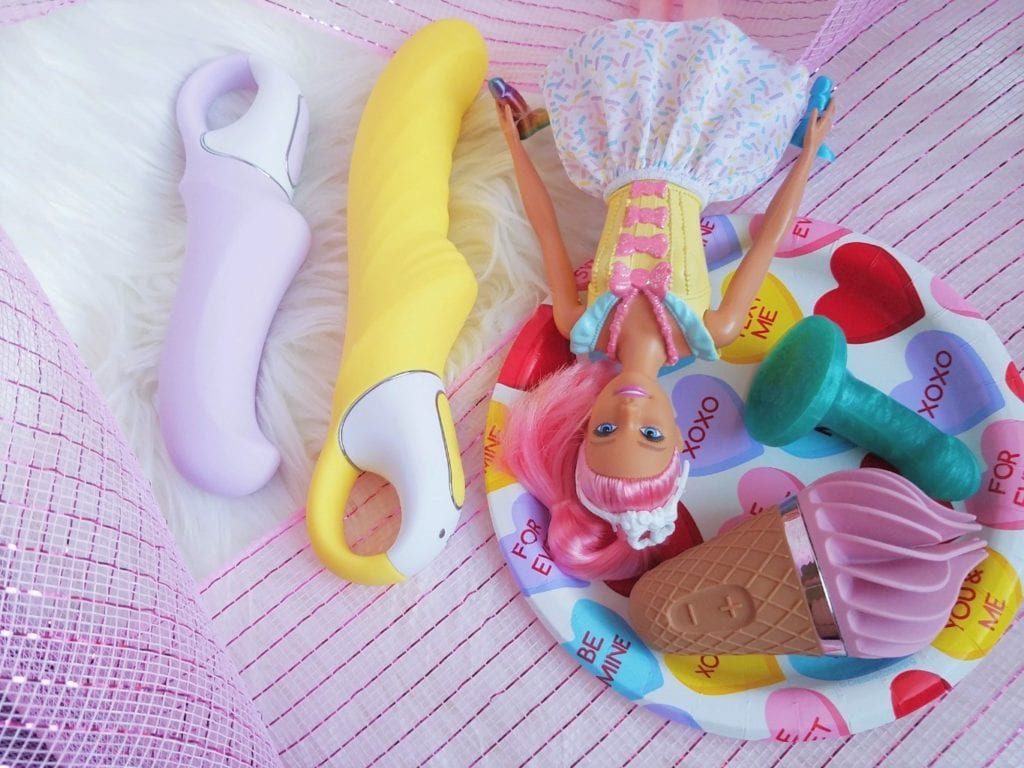 If you’re looking for affordable and body-safe sex toys, you can’t ignore Satisfyer vibes! They’re cheap, they’re cute, and they come in a range of colors, from pale lilac to a buttercream yellow (fittingly named Yummy Sunshine). The latest addition to their line is an ice cream-themed rotating stimulator with silicone “flaps” to sweep over the clitoris, penis, nipples, or other external hot spots.

I dislike Satisfyer as a company, if you couldn’t tell. They started with the eponymous pressure wave devices— their cheaper renditions of the Womanizers — and hackish attempts at “innovation.” Over the years, they’ve expanded to include (decent and affordable) butt stuff and vibrators of varying quality.

They’re not exact knock-offs. Consider, for example, that the Satisfyer Yummy Sunshine‘s texture is far more subdued than the Tiger, and the Flower Power has three petals, unlike the Volta’s two flaps. Satisfyer’s vibrators also have a smoother matte finish, while Fun Factory’s is grainier with a bit more drag. This difference is less pronounced with lube, of course.

Still, the similarities in handle design and shaft shapes are striking; it doesn’t sit right with me. However, when Satisfyer vibes are about a third of Fun Factory’s prices, I understand. I wouldn’t judge anyone for choosing the cheaper option.

Satisfyer’s vibrators pretty much come down to “you get what you pay for.” They cannot compare to the quality of the Fun Factory insertables’ G5 motors, which are rumblier and quieter. That doesn’t mean that Satisfyer Vibes are bad or even buzzy per se. And with six steady speeds, six patterns, and three buttons, the quality-to-price ratio is nothing to scoff at. It’s just that their motors are generic with less voom.

You’ll still get the fluttery action with the Satisfyer Flower Power, but with a more prickly “zing” and a smaller range of motion than the Fun Factory Volta. Fun Factory’s vibrators, in contrast, have a signature deep purr that I find more conducive to multiple orgasms. 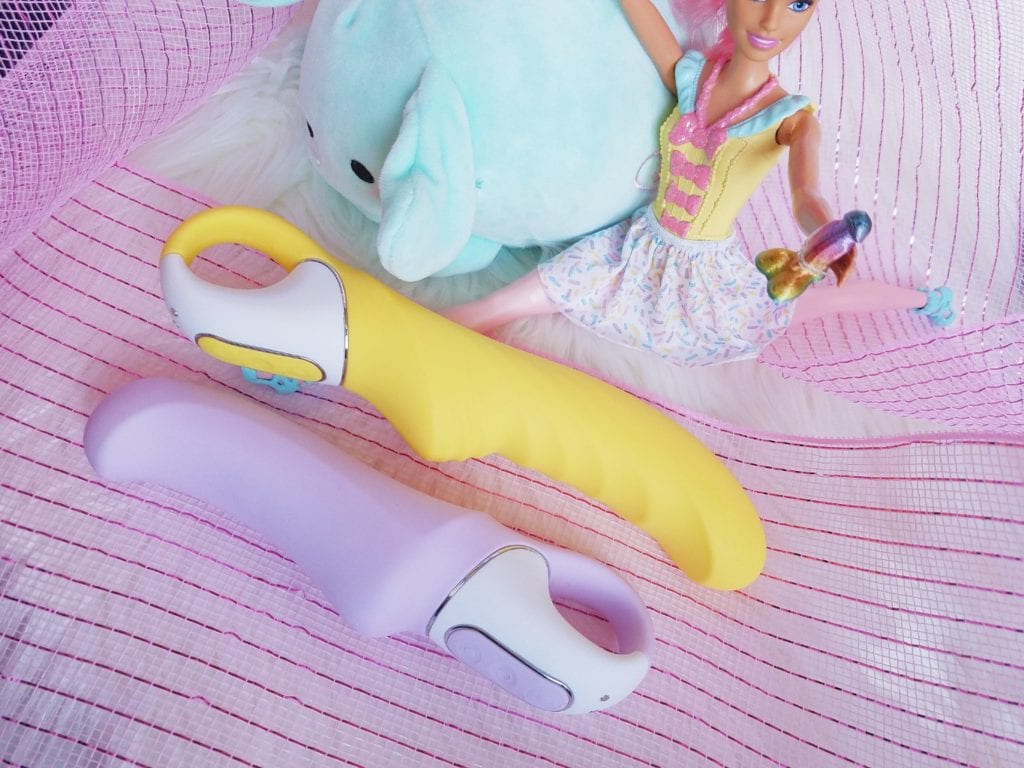 Regular readers of my blog will be 0% surprised that I am enamored by the Satisfyer Yummy Sunshine‘s 8.75″ length (6″ insertable) and forward-tilting tip. It’s a stellar combination for sliding behind and massaging my cervix with fast but short, smooth thrusts.

Likewise, though it’s no Uberrime Night King or Tantus Tsunami, the Satisfyer Yummy Sunshine has enough length and flexibility that I can target pressure against my G-spot, even without an especially bent or defined head. Only the last 4 inches is bendy, while the rest of the shaft and handle have a rigid core. I could see it being helpful for those with big bodies who need toys with extra shaft for aiming.

Overall, for the price tag, the Satisfyer Yummy Sunshine is a versatile option for clitoral stimulation, cervix massage, and G-spot exploration. I would have been thrilled to try something like the Yummy Sunshine as a first sex toy. 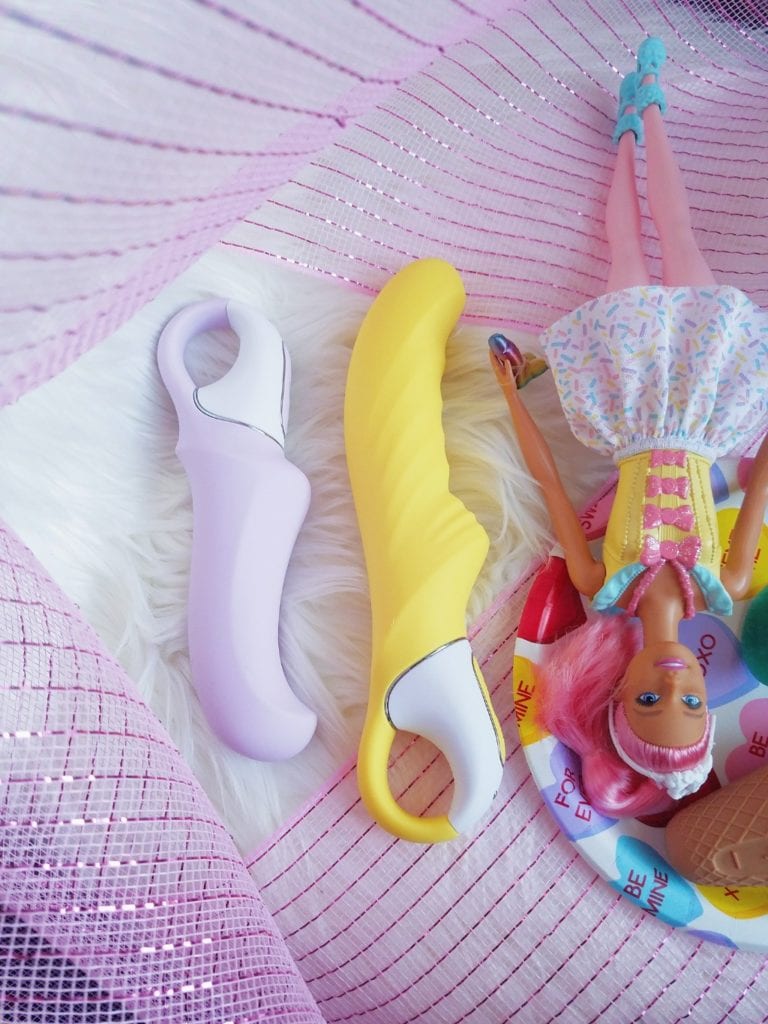 The Satisfyer Charming Smile‘s color also caught my eye. It’s a pale lilac, more feminine than the Yummy Sunshine, but a welcome break from pink and sad purple. It features a relatively slight 4.25″ insertable portion, which is still long enough for my G-spot. The sharp head allows for some pinpoint pressure, not unlike the Lumberjill Grace‘s shape, though slender in comparison. 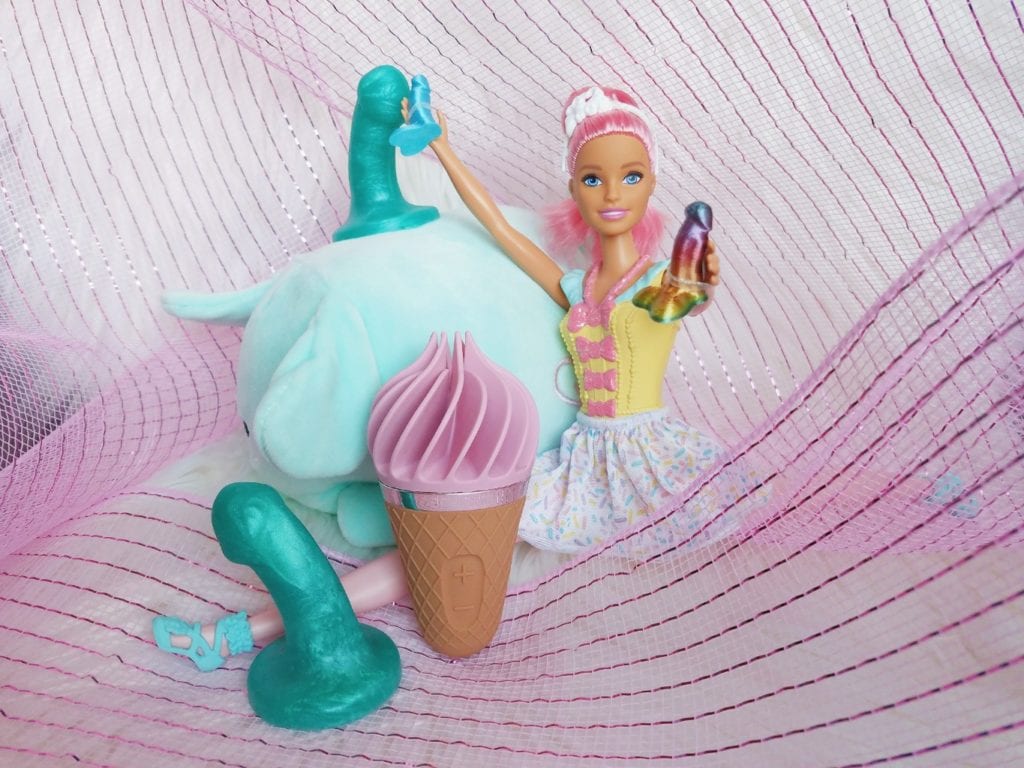 The Satisfyer Sweet Treat doesn’t vibrate— instead, it’s like a rotating fan with 16 super, super soft silicone flaps to tickle your external erogenous zones. There are 7 settings: 4 steady speeds and 3 variations of back-and-forth direction switching. Its adorable presentation reminds me of the Lovehoney Sqweel Go but unfortunately doesn’t measure up.

It’s a shame because the shape of the flaps had potential. The tip of the “ice cream” could have rotated around my clit, and the rounded edges could have fanned it side-to-side.

But no. While the Satisfyer Sweet Treat is adorable as a gag gift and feels pleasant, it’s pathetic for the price tag. At least the Sqweel Go adds something to my sensory smorgasbord, and for not much more in cost. 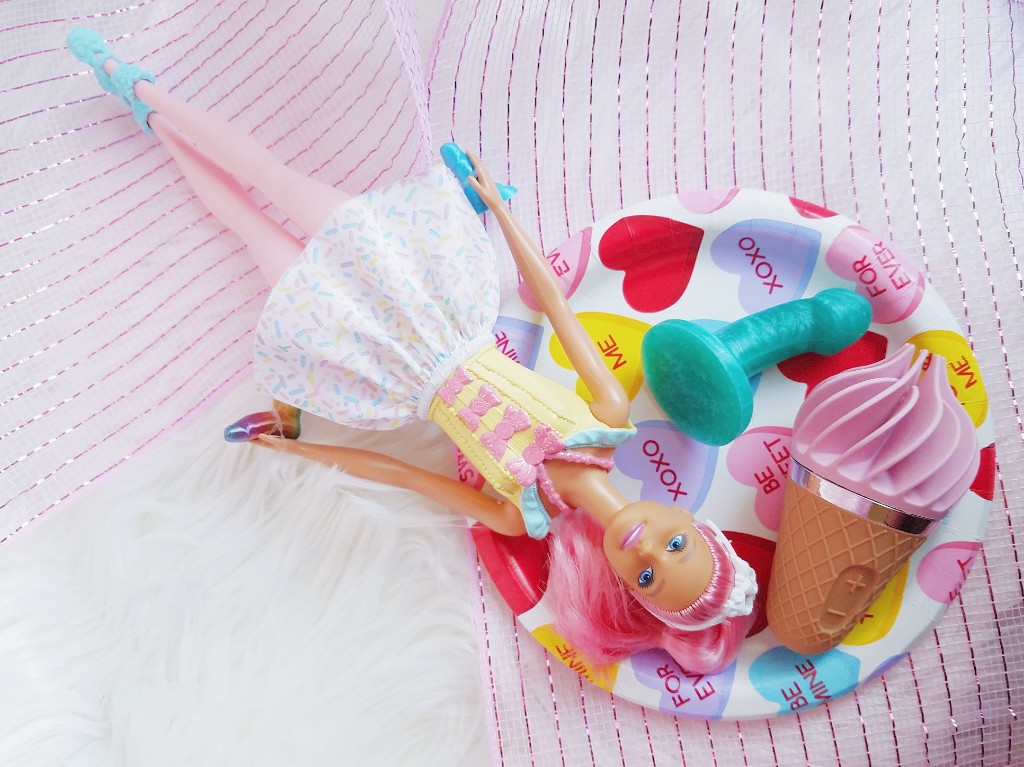 Wrapping it up: my verdict on Satisfyer Vibes & Sweet Treats

Satisfyer’s insertable vibrators are a treat for the eyes, but they have Fun Factory’s designers to thank for that. I dislike Satisfyer as a company but have nothing against the consumers who are shopping for body-safe sex toys on a budget, whether it’s for beginner butt stuff, pressure wave devices, or phallic classics. I understand— If I wasn’t a reviewer, I might consider buying a Satisfyer Yummy Sunshine as an everyday basic.

For now, though, my advice is to stay away from Satisfyer’s attempts at creativity. That advice applies across the board to Satisfyer products I’ve reviewed in the past: the Satisfyer Pro 4 Couples, the Satisfyer Multifun, and now, the Satisfyer Sweet Treat. It’s no surprise that a company built on cheap knock-offs struggles to make anything stellar or substantial on its own.