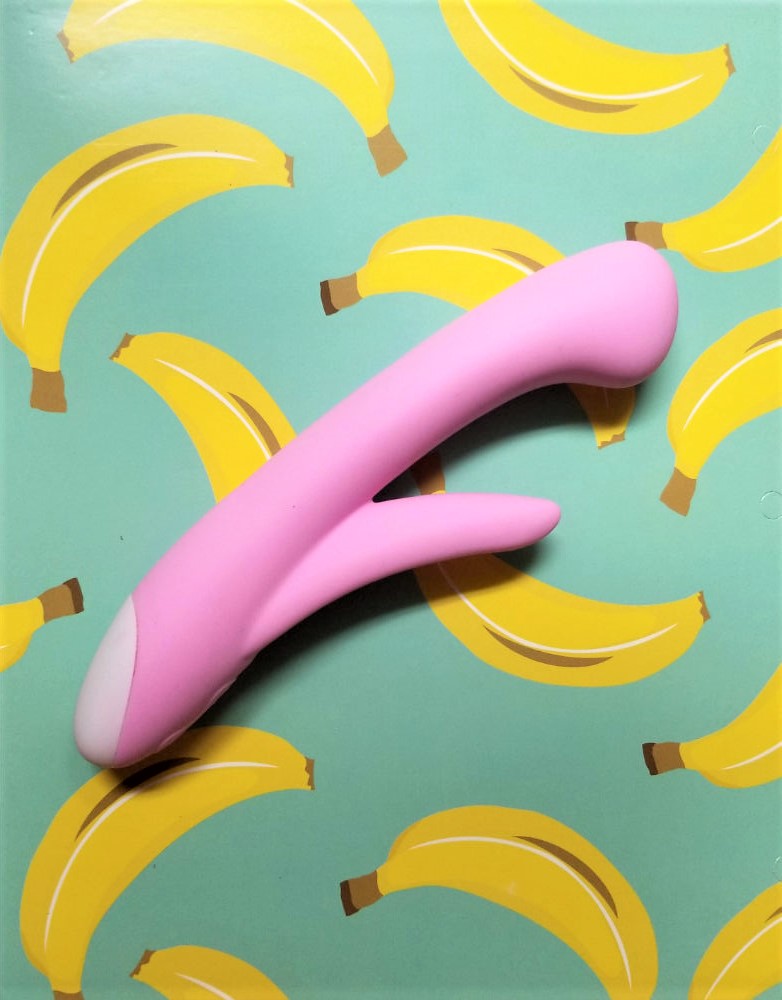 If you’ve ever drooled at LELO’s luxurious displays and their Gigi 2‘s shape, read on. I’m about to introduce you to something even better for less than half the price. Silky matte silicone. Rumbly vibrations. A classic flat head to knead the G-spot. These features all belong to the Blush Novelties Hop Cottontail.

An affordable alternative to the LELO Gigi 2

No joke: the insertable portion is way better than the LELO Gigi 2 in many ways. For one, it’s way more powerful (many sex bloggers agree that the Gigi is underpowered as fuck). With the shitstorm that LELO has been for the past five years, hiding mediocre motors behind suave packaging doesn’t cut it anymore. Affordable and body-safe toys are the future. 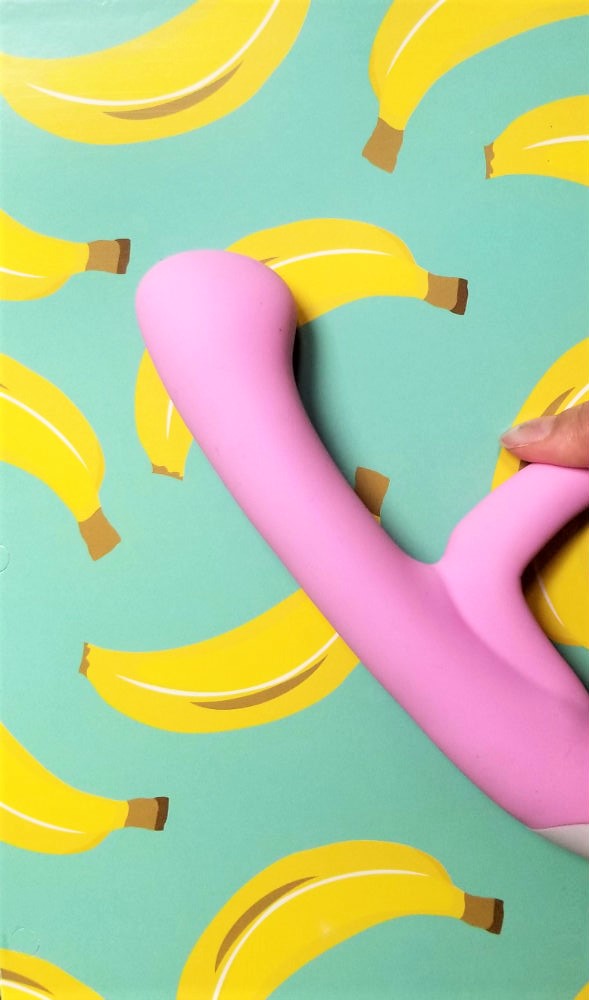 Don’t underestimate the Hop Cottontail’s vibrations just because it comes in two pretty pinks. Though you’d be justified for hating pink, the motors deserve a luxury price tag.

The flattened head of the Blush Hop Cottontail is broader than the Gigi’s, allowing it to knead more of my G-spot’s surface area. At the same time, it’s more rounded and less severely hooked than the LELO Ella or Picobong Moka. The Ella’s abruptly squared head tended to miss my G-spot and aim a bit past it— which works for plenty of people, but not me.

In contrast, the Hop Cottontail’s relatively rounded head juts out to more snugly nestle against my G-spot’s dip. It’s as well thought out as a flat G-spot head design can get, and you can push the flexible clit arm out of the way if you don’t want to use it.

I’m doing better than before! 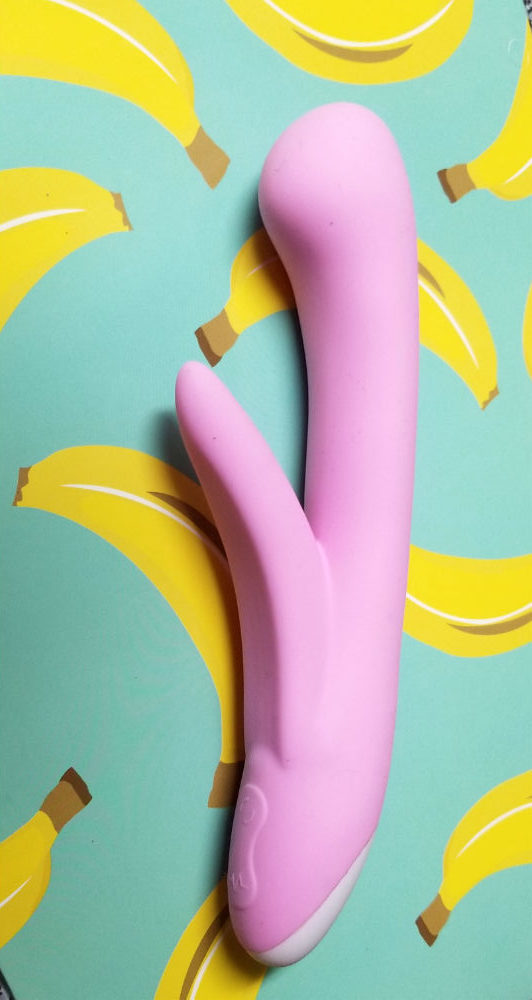 I love rigid G-spot earthquakes and annihilators. That’s my brand: I have a vagina of steel. My cervix still loves the bludgeon-like njoy Eleven. My G-spot still likes the wooden Lumberjill Grace‘s pressure and the stainless steel Eleven’s rounded head.

But come September and October 2018, I had some health problems that rendered the Hop Cottontail’s intensity my nemesis and not my friend. I’m happy to report that my health has improved and I fell in love with the Blush Hop Cottontail again. I’m leaving the following section up, out of compassion for my past self.

Here’s what my Blush Hop Cottontail review said before: 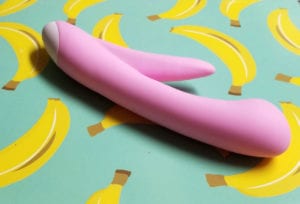 The most important thing I know about this vibe is that, if I had received the Hop Cottontail any earlier, I would only have two gripes. I loved everything else. One, you couldn’t control the motors independently. And two, while the shaft’s ability to revolve in tiny circles was cool, it didn’t add anything substantial to the stimulation for me.

Otherwise, the G-spot head is perfection if you like something intense to thrust or to grind against your G-spot. The clitoral attachment is pinpoint, powerful, with no irritating rabbit ears or anything. 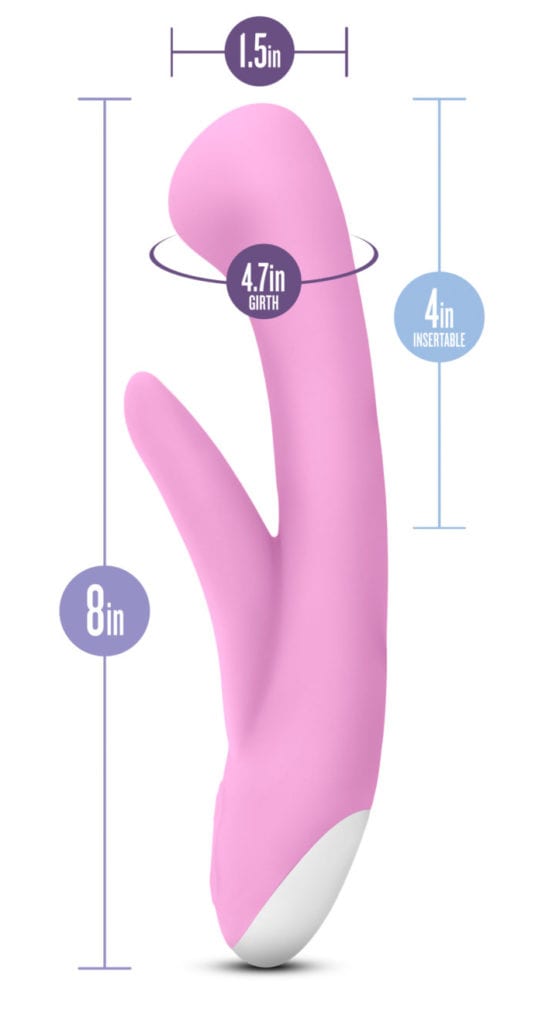 And the Hop Cottontail rabbit’s dimensions fit me well. The clit arm was the optimal distance from my vagina, flexible enough that I could easily adjust it. Someone with a longer clit-vag gap could bend it while thrusting to maintain pressure on their clit.

Unlike with other rabbits I’ve tried, this one for someone with average to closely-spaced anatomy. My G-spot is somewhere between 1 and 2 inches inside my vagina, and my clit-vag gap is an average 1 inch.

The Hop Cottontail’s prongs are close enough for me to get simultaneous dual stimulation. And did I mention that the clitoral stimulator is pinpoint and rumbly, one of my favorite combinations?

Preferences are fluid, and changes are okay

Writing this review was frustrating when the Hop Cottontail‘s features blow previous rabbits I’ve tried out of the water. It was a dream come true, but my circumstances weren’t optimal when I originally wrote this review. 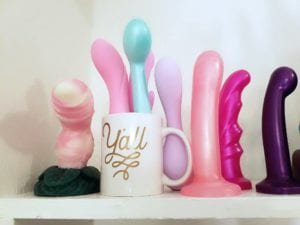 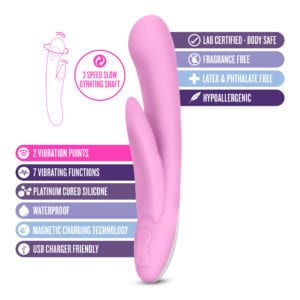 You’ll probably love the Blush Novelties Hop Cottontail rabbit too if you:

And if you seek a budget-friendly and more powerful alternative to the LELO Gigi 2? You could get a Picobong Moka. But from my experience, I’d say that the Hop Cottontail fits a broader range of G-spots because its shape isn’t as extreme. Both the Moka and Cottontail are affordable tastes of luxury— quality but not as pretentious.

I received the Blush Novelties Hop Cottontail in exchange for my honest and freely-given review. There are also affiliate links in this review, which bring me a commission at no extra cost to you. If anything, you’d save money from using my coupon code.