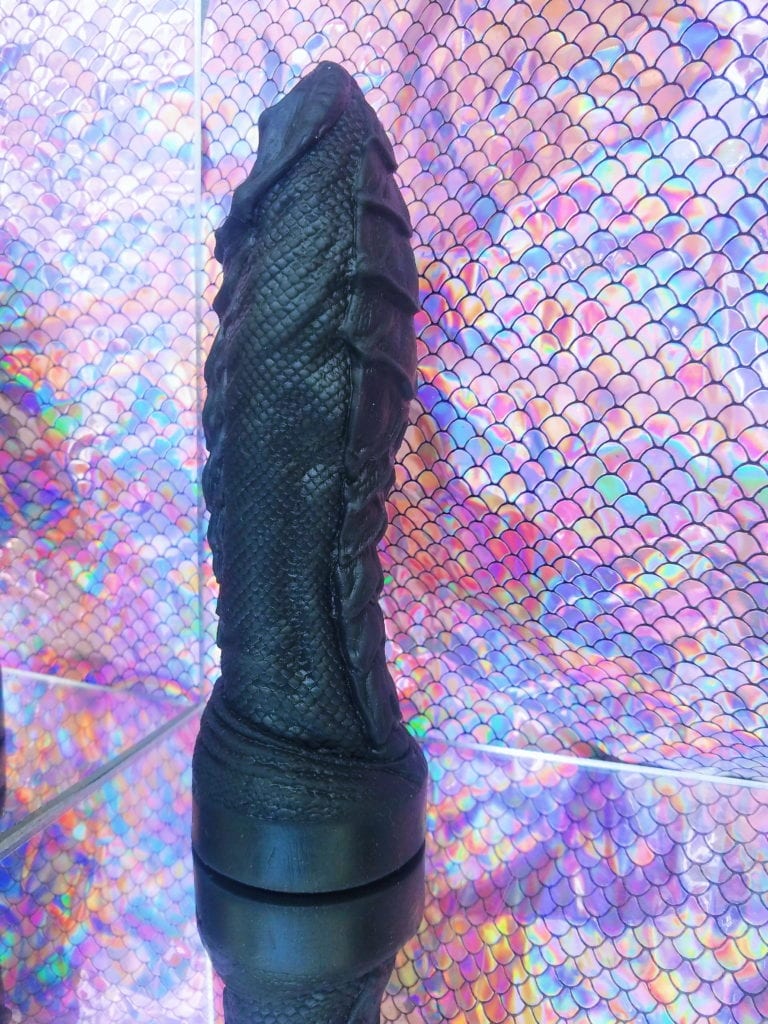 On paper, not much about the Hankey’s Toys Dragon XS sounds especially G-spotty. Mine is super squishy (think of a makeup sponge) and straight-shafted, with a gentle mid-shaft bulge — quite the opposite of “front-loaded.”

In practice, though, it is hardcore in a different way than what I’d usually go for. 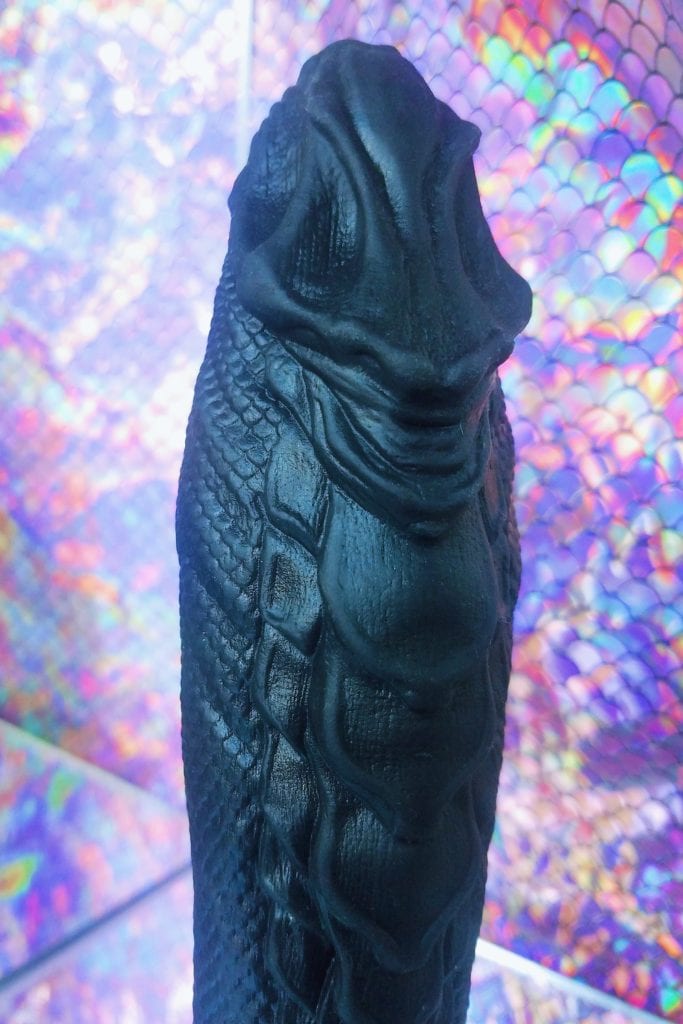 My walls instinctively clamp around the Dragon like a vise, letting the silicone conform to my pubic bone’s contours. It’s the protruding scales that dig into my G-spot — serrated but scattered stroking while tip drilling.

As a friend so eloquently described, “It feels like it could turn me inside out.” But not literally. Some of Hankey’s Toys‘ faithful users go bigger and bigger and might turn inside out. But that’s not what I’m going for, here.

Readers who love the coital alignment technique with squishy insertable pervertables will delight in the design. For my outer bits, I can angle the Dragon’s shaft for super easy indirect clit grinding, without changing internal sensation much.

That’s how bendy it is — my thumb and forefinger can easily pinch it in half. 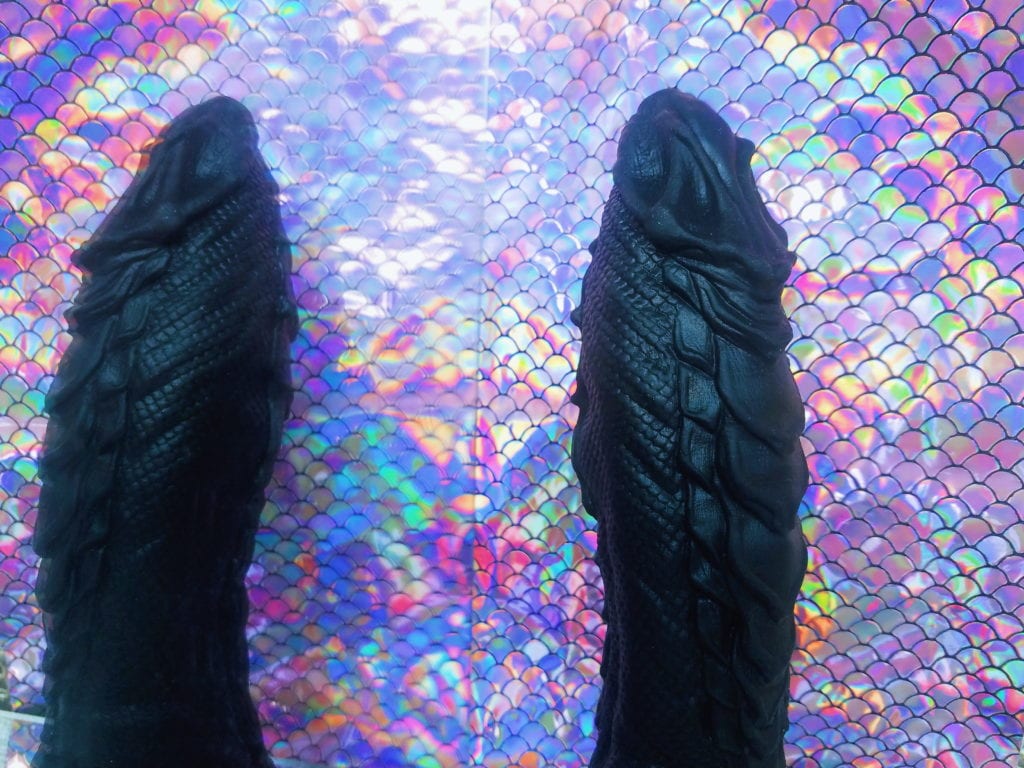 For me, though, it’s too soft, tapered, and short to do anything for my cervix or A-spot. I can’t thrust the way I’d like to with the XS Hankey’s Dragon — I feel like I’ll run out of length. 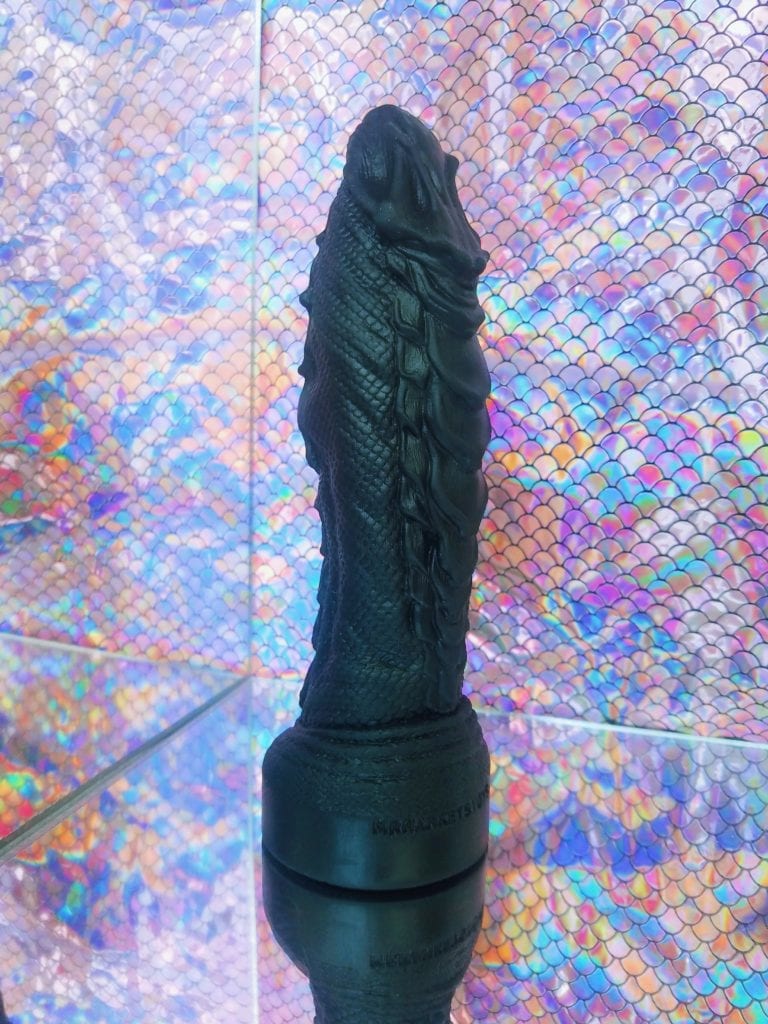 If you want a moderately girthy fuckable for:

If that appeals to you, get a Hankey’s Toys Dragon or BMS Addiction Ben.

Take 10% off your whole order from Peepshow Toys with my coupon code, SUPERSMASHCACHE