“It looks like Squidward, with an erection, beckoning you to fight him,” said a friend upon his first impression of this toy. Later on, he compared it to a bunched-up rendition of Squidward’s “masterpiece” self-portrait. 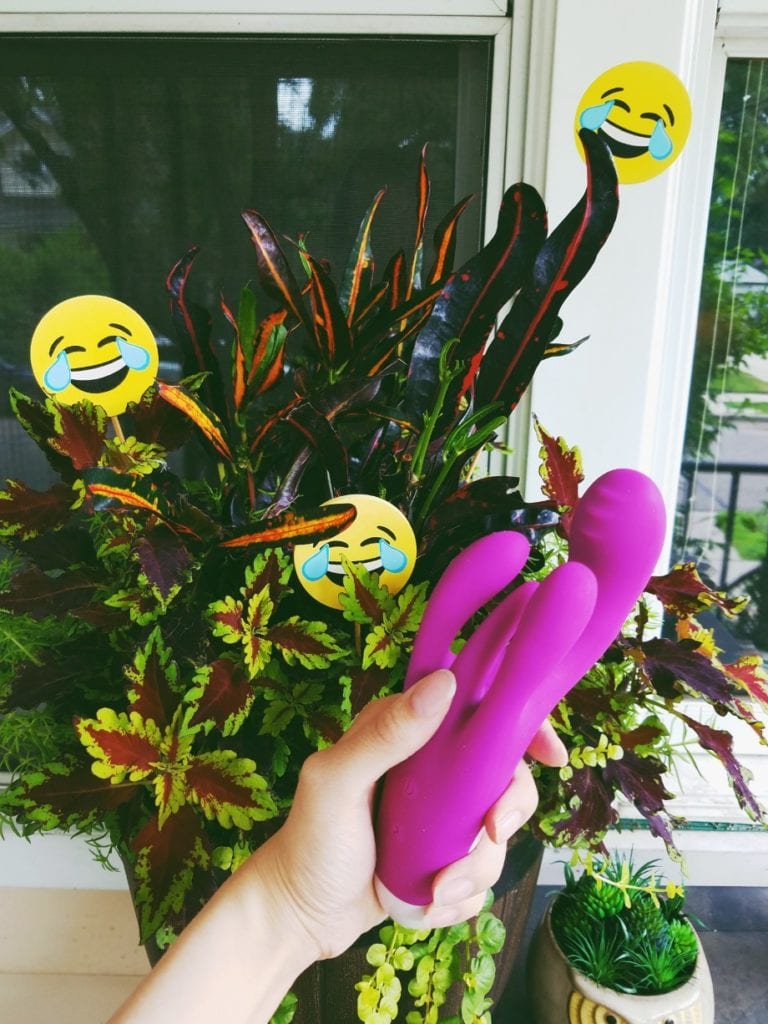 See, most of the clitoris is internal and shaped like a wishbone, wrapping around on either side of the vagina. (Its ends also tend to be near the anus, hence why butt stuff can feel good.) I love pressing a rumbly wand against my labia to rattle the whole clitourethrovaginal complex.

The insertable portion is a delight: bulbous, slightly flexible neck, generously curved, and not too squared off at the 1.5″ wide head. My picky G-spot and I have no qualms about that part of its shape. If anything, it reminds me of the Cal Exotics Embrace G Wand, which I reviewed a few years back — and adored. 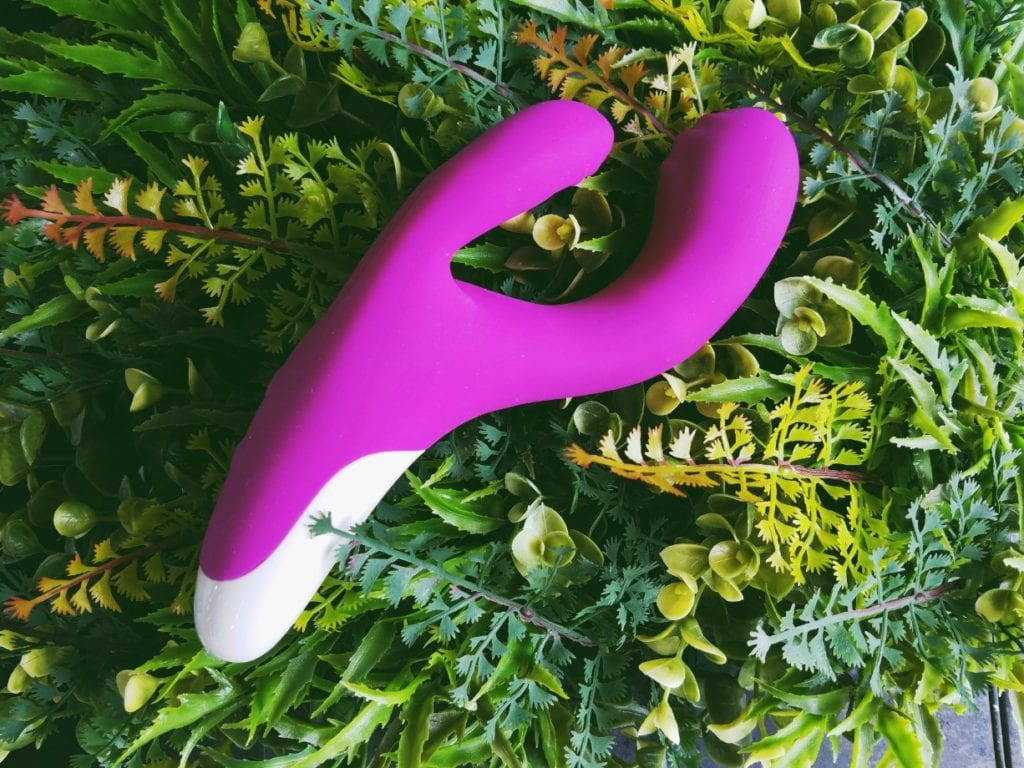 Also, my “favorite” part of the product info page reads, “OMG! I bet you will spray it out!” ??? I’m speechless.

Another odd choice is how flexible the lateral outer arms are. They’re hollow near their bases, making them even bendier than they’d otherwise be. My clitoral crura and I are BFFs, so I wanted to give the design the benefit of the doubt. However, I knew full well that this toy wasn’t going to provide enough external pressure on its own. 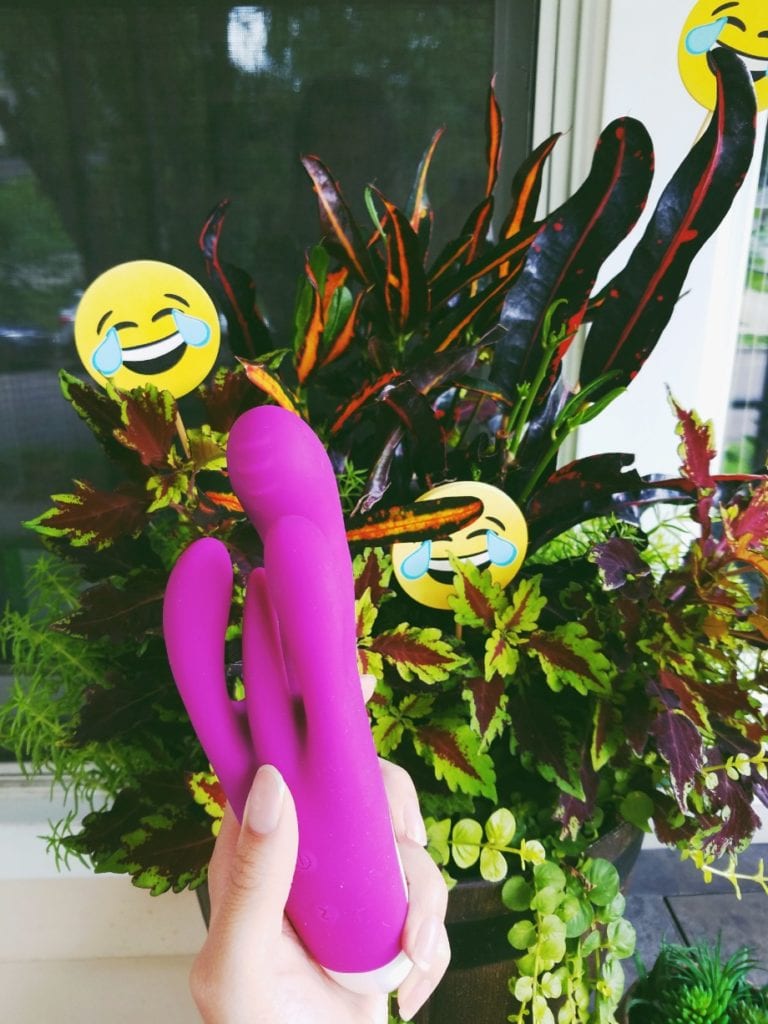 (You best bet I’m jilling off with my tightly-clamping We-Vibe Nova after this review.)

Could I get off with such buzzy sensations on my clit? Yes. Would I choose to? 85% of the time, no.

What about the other 15% of the time? Sometimes I do crave buzzy vibrations, especially if they’re pinpoint. When I pinched the external stimulators closer together, they had a biting feel, like targeted lasers on my clit. It’s not for everyone, though.

I’D RATHER HAVE NO VIBRATION when it’s this buzzy against my G-spot. Not only is the low-amplitude and high-pitched movement ineffective, but it’s also irritating! My insides were in pain during use, and my front wall slightly numb after. When your foot falls asleep, does it ever feel the way TV static looks? Yeah, the vibration sensation is kind of like that, but micro.

While I liked the “rabbit ears” around my clit, that was only with significant effort positioning  — and no thrusting at all. When I aim the G-spotter, the external prongs moved too far away from my vulva to do anything. The pointy one was useless, at best. 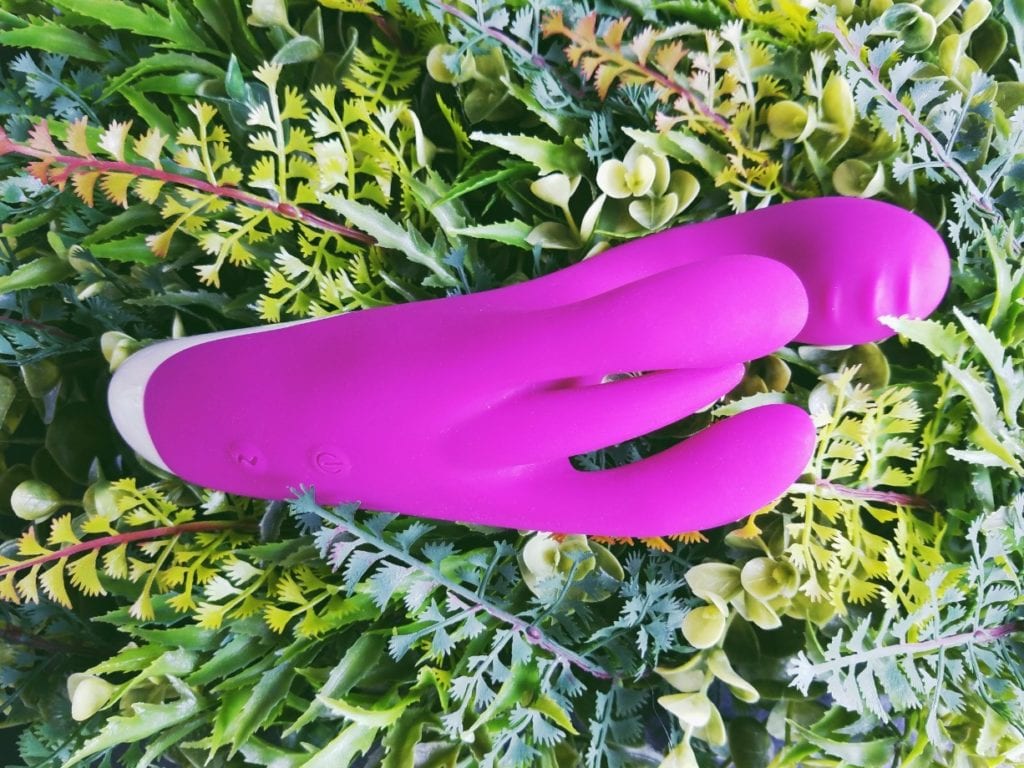 What I would have bought instead

Rabbit vibrators are tricky. There are so many functions to orchestrate at once; that’s hard to accomplish when anatomy varies so much.

Let’s wrap it up with my verdict!

Are you feeling adventurous? Try it for yourself.

This post was sponsored. All opinions expressed are my own, as always. Want to sponsor a post? Let’s get in touch!