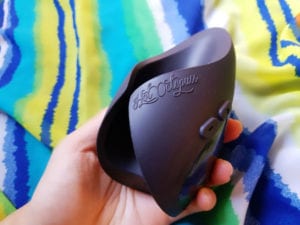 “How was the orgasm [with the Hot Octopuss Pulse III] on a scale from 1-10?” I asked my boyfriend, “1 being your typical jack-off session and 10 being my orgasms when I’m getting fisted.”

“Well, that’s a high standard to compare any orgasm to, but probably a 4.”

What is the Pulse III? 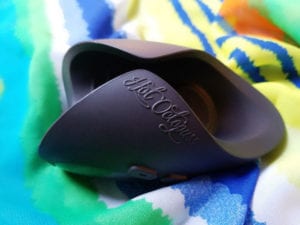 “[Using the Pulse III] was pretty intense,” my boyfriend commented. “It wasn’t just the orgasm, but also the build-up. It’s like edging, but more constant and easier to maintain.”

How to use the Hot Octopuss Pulse III 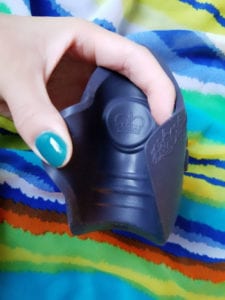 The Hot Octopuss Pulse III is decidedly not a stroker. However, you can pair the vibrations with stroking. My boyfriend uses the Pulse III while pulling his foreskin, stretching his frenulum, and stroking his shaft with small movements. His penis’s head, meanwhile, grinds on the texture on the inside.

He doesn’t use long strokes with the Pulse III because the vibrations are so strong that they veil his usual masturbatory movements. The small strokes enhance the vibration, rather than vibrations strengthening the typical jack-off motion.

And the beauty of a not-stroker is that you can have just as much fun using it while flaccid as when erect. Using the Pulse III in this way can substantially expand the sexual repertoire of someone with erectile dysfunction.

Comparison with other strong vibrators 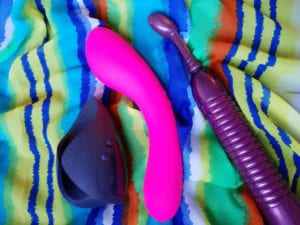 The Pulse III plate’s strong vibrations are easy to aim, and at the same time, more comfortable to hold against my boyfriend’s penis than the Eroscillator. In contrast, the Eroscillator tended to wobble and was too pinpoint for my boyfriend to aim at the area he wanted.

We also used the earth-quaking BMS Factory Swan Wand. It’s about the same price as the Pulse III, with comparable vibrations. But it just couldn’t measure up to the Pulse III’s ease of use and my boyfriend gave up. Yes, you can use an ultra-rumbly wand for the same purpose, but the Pulse III was far more intuitive to hold in place.

When you try to hold two phallic things together, they just kind of roll against each other. Add some lube, and you’re in Slick City. My boyfriend got frustrated trying to use the Swan Wand on his penis and gave up.

(Oh, and it actually works, unlike the piece of shit known as the MysteryVibe Crescendo.) 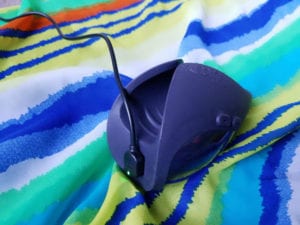 I appreciate the 3-button control panel: one turns the toy on/off and cycles through the patterns, a second one increases the speed, and the last decreases the speed. As well, if you hold the “increase” button, it turns on “turbo” mode, i.e., quickly switches to the fastest steady vibrations. There are 6 patterns and 9 speeds to combine.

The Pulse III doesn’t come without quirks, though. First, its buttons are stiffer than I would hope. On occasion, I would think I pressed the button, but nothing would happen. And second, it’s the first time that I’ve been annoyed at a magnetic charger. I’ve never had an issue with one before, but the Hot Octopuss Pulse III’s charger is especially fiddly and doesn’t easily stay in place.

Just make sure you check the light occasionally while charging to ensure that the magnets are connected. 3 hours of charging gets you up to 1 hour of play time. The charger style makes the toy 100% waterproof, but this is standard for a luxury toy. 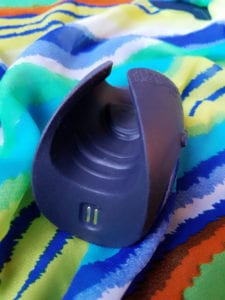 My boyfriend appreciated the gift and will continue to use it, but it’s a luxury item that he would never shell out the cash to buy himself. In the long run, it can’t replace the long motions of a jack-off, and that’s because it’s just so different. That’s the point— to be something novel and fresh.

If you have the budget and you’re looking to treat yourself, though, the Hot Octopuss Pulse III‘s oscillations are fitting of the price tag. It’s a well-made product with strong vibrations and a solid design that yields orgasms many people with penises only imagine.

You can find both the Hot Octopuss Pulse III Solo masturbator, and the remote-controlled “couples” Duo set at SheVibe