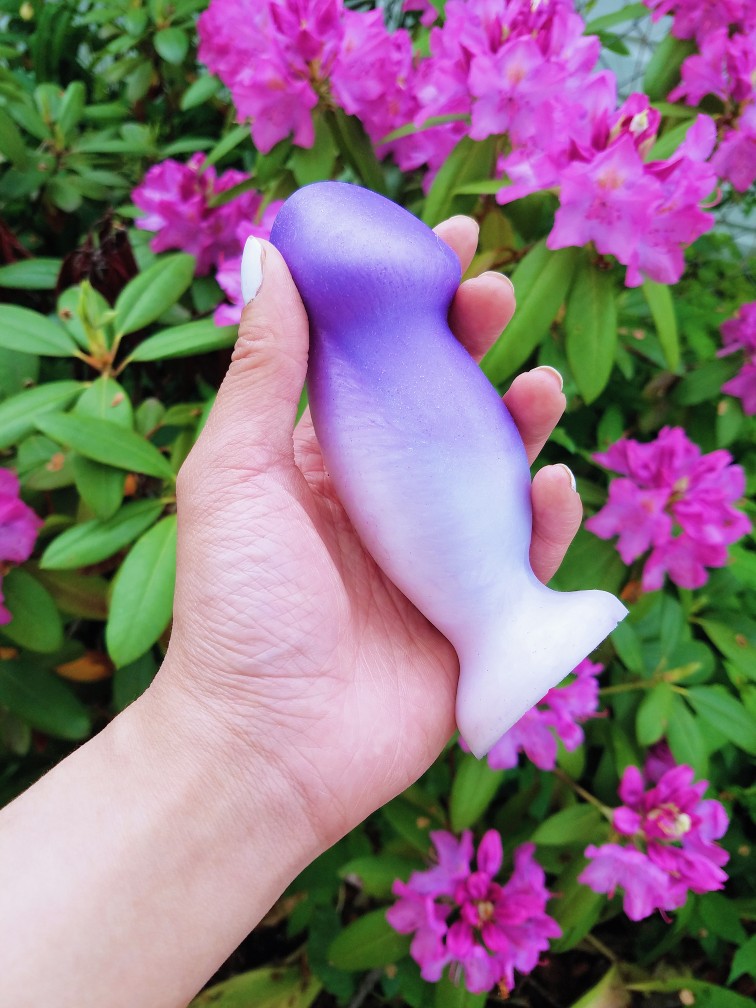 I both am AND am not proud of how often people find my blog by Googling something like “huge butt plug used in pussy” and landing on my Tantus Ringo review. It’s easily one of my most popular posts. And the stats led me to the same realization as Marco Uberrime when his first Sensi pussy plug batch sold out within three days:

The vaginal plug market is under-served

You can use a butt plug vaginally! Just be sure to disinfect it properly if you switch from ass to vag. My vagina finds plugs filling and fun to clench around, especially if there’s weight and a G-spotty forward tilt like with the njoy Pure Plug.

However, there aren’t many plugs explicitly designed for vaginal use. Consider the Jollie and Jollet by Luzarte, Fluke by Hole Punch, Cashew Nib by Funkit, and Sensi by Uberrime. Their shapes share some features that deviate from conventional butt plugs: 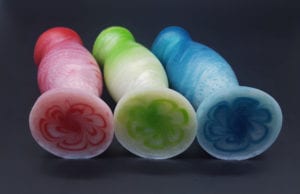 What’s more, the Uberrime Sensi decidedly should not be used as a butt plug. Its base is smaller than the insertable portion’s max girth. Such a design isn’t butt-safe because it doesn’t do much to prevent the plug from getting lost in the rectum. The perk, however, is that it more comfortably rests between the labia, without blocking the clitoris or chafing.

Okay, but how does the Uberrime Sensi feel? 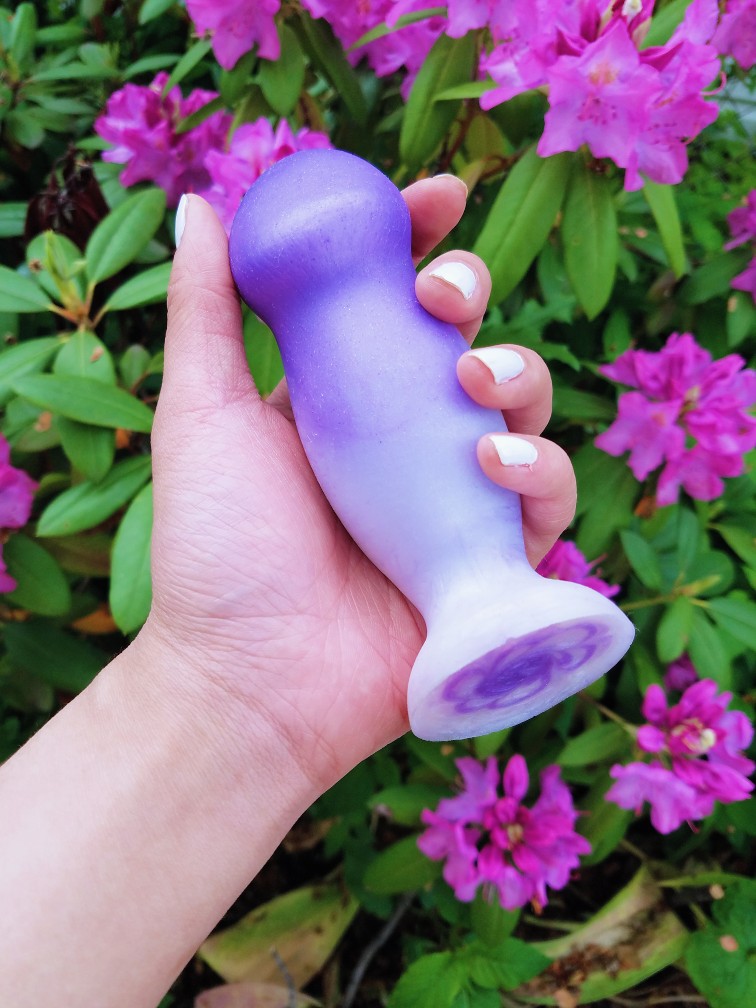 Its squish is also what makes the Uberrime Sensi a delightful vaginal stress “ball.” Every squeeze of my pelvic floor constricts and displaces the silicone. I can feel the Sensi narrowing and lengthening inside me with each contraction, like a subtle kind of thrusting or nudging. Wear it all day or just during a fap sesh to intensify clitoral orgasms with, say, my Magic Wand.

Or wear the Uberrime Sensi and a remote control panty vibe at the same time, perhaps. It’s the perfect combo for discreet public play.

My verdict on the Uberrime Sensi 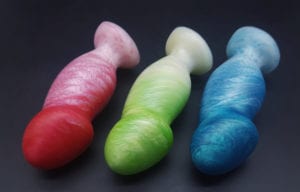 If you’ve been looking for more motivation to do your Kegels, the Sensi is an affordable ($39) and low-tech way to add some spice to otherwise mundane activities: your daily commute, running errands, and so on. Unlike with jiggling Kegel balls or stationary weights, something plush and pliable like the Sensi gives me tactile feedback in a highly rewarding way.

How could I not want to clench and relax around the Uberrime Sensi all day, every day?