This toy sounds like a dream on paper, with a pulsing, penetrative portion and an external pressure wave motor — why wouldn’t you want more, more, moar, MOAR, MOAR sensation?

Pressure wave stimulators used to be lavishly priced, only available to the most profuse spenders. Nowadays, you can find a wide range of affordable and body-safe air pulse toys, including rabbit vibrators.

Vibration, licking, and tapping, all for under $30?!

Consider it the slightly-swankier kin of the Honey Play Box Jubilee.

In practice, though, I still mostly consider pressure wave rabbit vibrators to be abominations.

In a nutshell, air pulse nozzles need to maintain contact near the clitoris (or whatever’s being stimulated), while insertable toys shine best when thrust. It’s hard to do both simultaneously, but there are ways to get around that. 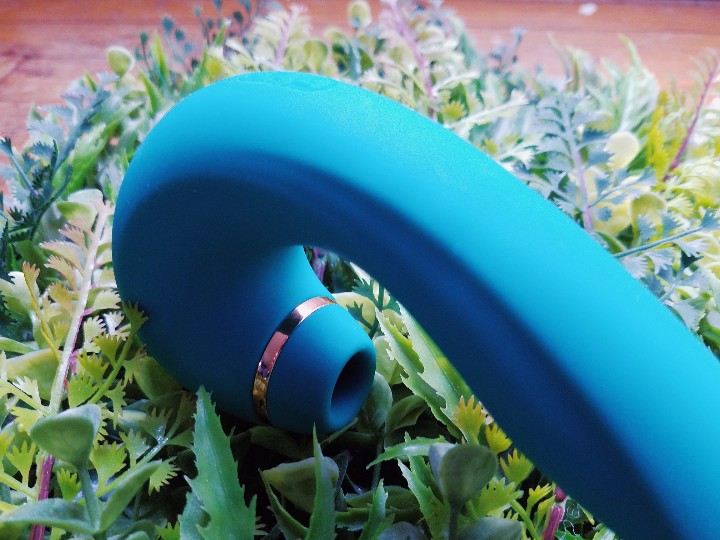 It can feel really (like, REALLY) good, but it’s not for everybody. There are some big yellow and orange flags I’d like to point out.

Yes, the overwhelming sensations can take you to the moon… and the strong suction and pulsing can cause injury. See my LELO Sona 2 Cruise and Biird Obii reviews for horror stories involving bleeding and bruising. Those two toys’ features made them especially likely to hurt users: 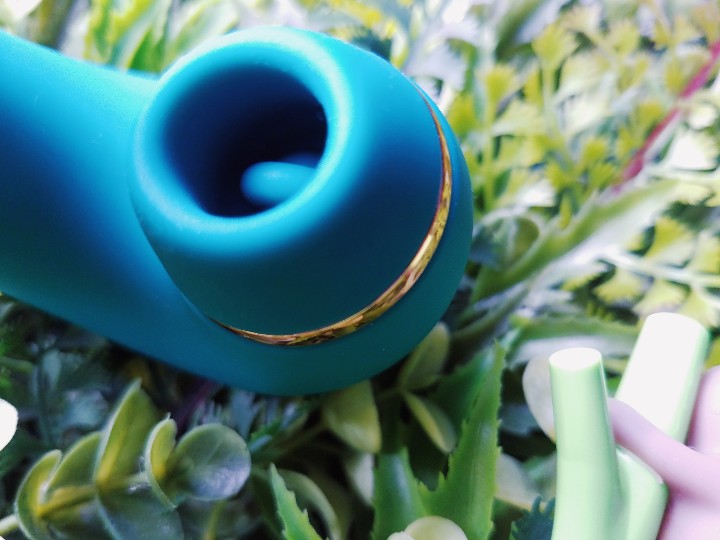 Yet, you see people praising the likes of the LELO Sona and Biird Obii.

What’s up with that?

In short, sex toy users have varying levels of risk tolerance. Some don’t mind risking discomfort if it means getting big VA-VA-vooooomm.

If that’s you, listen to your body — be very careful and ready to pry the nozzle off you at the first sign of discomfort or pain. I also suggest not directing the pulsations directly at the clitoral glans. Instead, use the toy over the hood.

Even the second pressure wave setting out of five felt like a lot to me! It’s not that that motor is exceptional — it’s about par with other cheap clitoral air pulse toys, like the Satisfyer Curvy 2+ and ROMP Switch. And there’s a little suction, not quite as intense as the We-Vibe Melt or LELO Sona 2. 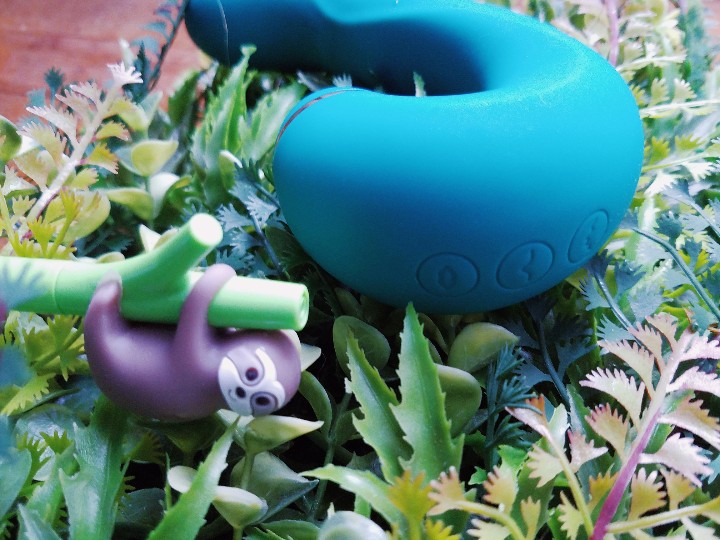 It’s the hybrid of touch-free pressure waves and contact from the pulsing “tongue.” While the former shakes more of my internal clitoris, the latter provides yummy, thuddy, and pinpoint stimulation.

If you need a pressure wave stimulator that can accommodate a big clit, get a Satisfyer Curvy 1+ or 2+.

It bends enough for my glans to savor the mid-shaft percussion. It’s like the Cal Exotics Surf City Centerfold, but a lot more focused and quiet. Think of it as the “lite” version of the Lora DiCarlo Carezza. Overall, though, it’s the external air pulse stimulator that left me gasping and breathless. 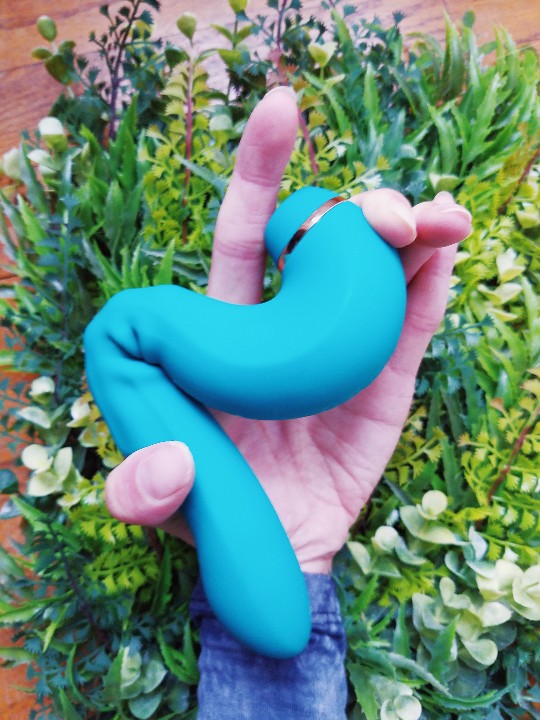 No dual stimulator can! I’m lucky that rabbit vibrators usually fit my (very average) 1-inch clit-vag gap, but your mileage may vary.

Hold it in place, savor the external air pulses, and let the mid-shaft thud and tap against your front wall. Don’t use broad strokes unless you’re not using the outer motor at all. That’s okay, too!

The mid-shaft motor is best for those with shallow G-spots and short pubic bones. For example, my G-spot is maybe an inch-and-a-half inside. Those with deeper G-spots may find the pulsing against their pubic bone uncomfortable.

Look, I’m not going to pretend that rabbit vibrators with clitoral air pulses are revolutionary at all. The cheap ones are mostly repackaged white-label products from China — and the weak-ass vibrations on this dual stimulator reflected that. 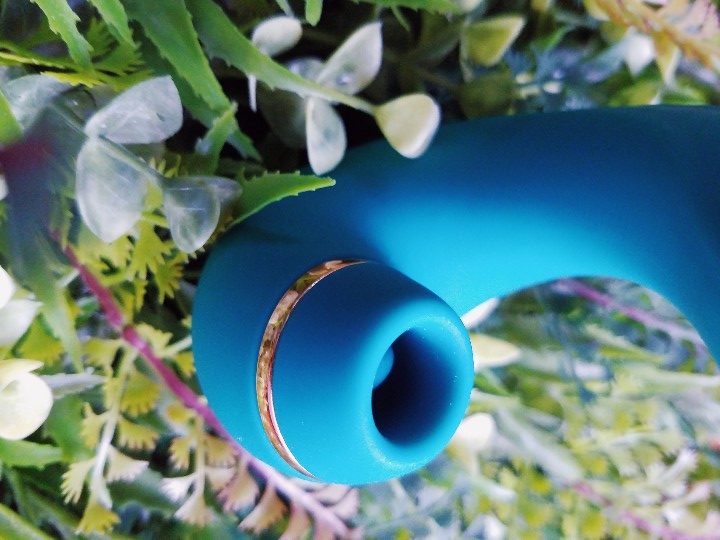 However, the pulsing pleasantly surprised me. It’s quite rumbly for the price!

At $30, of course, not all three motors were going to be top-notch. It also probably won’t last especially long before breaking. And that’s fine by me — even if they removed the conventional vibrations altogether, the other two motors still would have been worth it.

It’s hard to beat the price for what you get! Let this vibe blow you away.