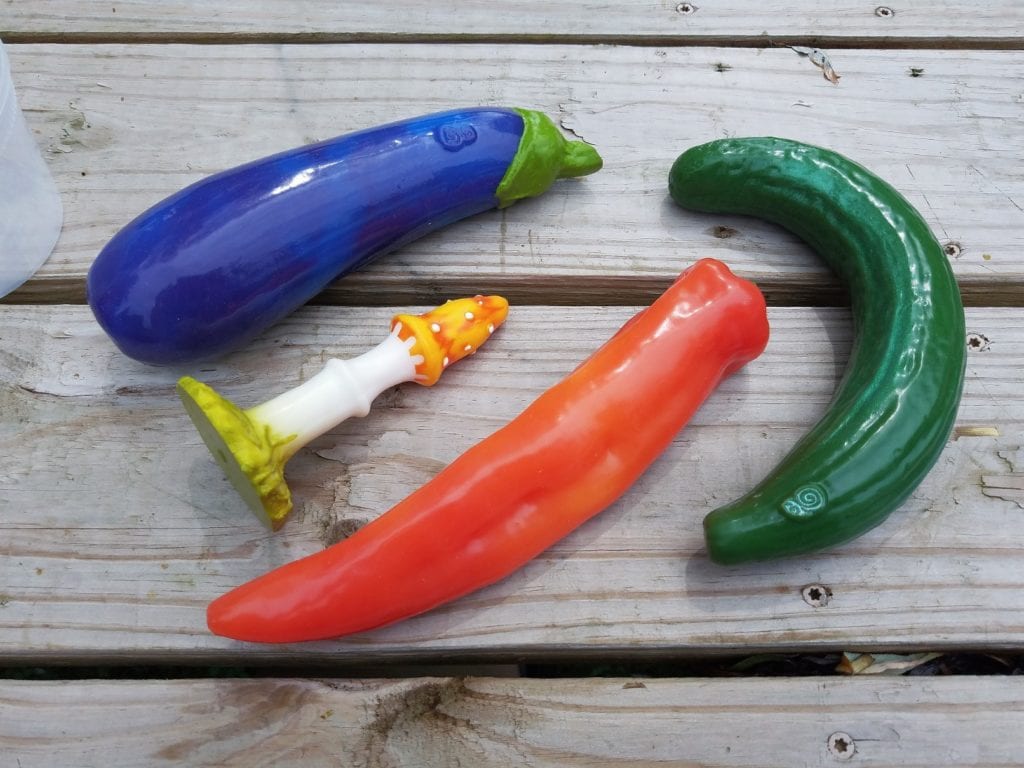 There’s no shortage of phallic fruits and vegetables. Perhaps the most obvious example is Millennials’ ubiquitous recognition of the euphemistic eggplant emoji.

Unfortunately, the grocery store isn’t the best place to buy hygienic insertables. Produce is porous and houses microbes from the soil where it grows. There’s only so much that washing a cucumber can do to remove germs!

That’s where SelfDelve’s veggildos come in. They’re cast in silicone— many from molds of actual fruits and veggies. And thanks to their material, you can boil and bleach to disinfect them.

At 5″ long and 1.1″ max-width, the SelfDelve Fly Agaric is a match for those who want tactile stimulation rather than deep pressure.

My vagina is insatiable when it comes to size and prefers smooth surfaces, but my butt is the total opposite. And for that, the Fly Agaric Butt Plug is perfect!

As such, this mushroom’s dots offer just the right amount of stimulation for me: discernible, but not so defined that they’re irritating. If you like sharper textures, you also enjoy the subtle “pop” from the corona and ring edges.

Despite its 8″ length, I much prefer using the SelfDelve Pepper for the shallower parts of my vagina. The pointy tip evades my cervix, fitting in front of or behind it without massaging it. I prefer to thrust something more bulbous to fill my deeper erogenous zones.

It’s super easy to aim, whether I want the curve to point forward and away from my cervix, or pressed up against my cervix to massage it. And if I still don’t want as steep of a curve, that’s okay— I can use the other, relatively straight end.

The 1.6″ girth is above average without sliding into Size Royalty territory. And the 10.6″ length is another feature that allows for intuitive maneuvering. When one end is inserted, the other can be used as a handle.

The Curved Cucumber is also (subjectively) the prettiest of the four. SelfDelve’s veggildos are all thermochromic, meaning that they change colors with heat. But the Curved Cucumber also has pearlescent shimmer mixed in, emphasizing the subtle textures. It’s a feast for the senses. 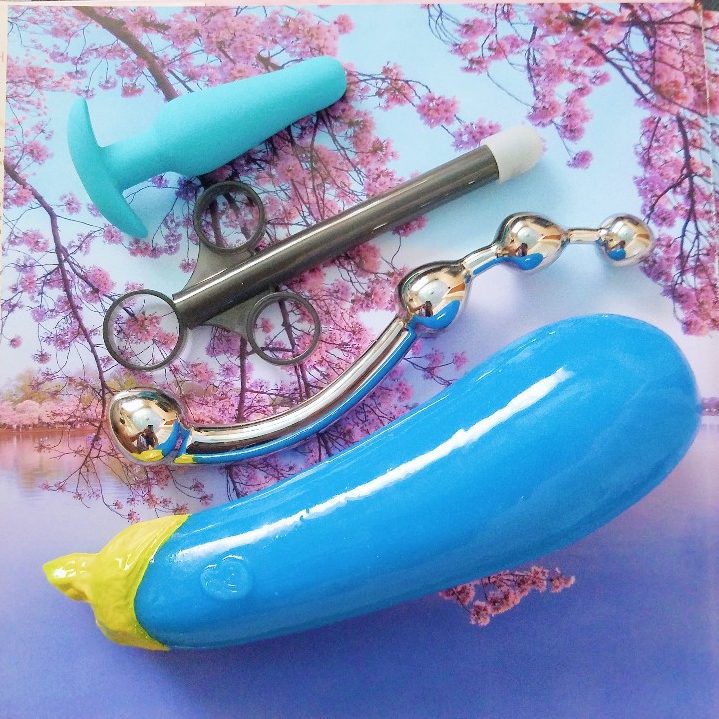 But it melts my front wall into an array of heart-eyes emojis. The reason lies in the silicone density. As mentioned in my SelfDelve Eggplant review:

It’s squishy enough to conform to my pubic bone’s dip and tessellate against my G-spot, while fat and firm enough to give my G-spot intense resistance.

The diversity in SelfDelve’s collection reflects not only the beautiful variation in plants but also in how different our preferences can be. I like how there’s a little something for almost everyone:

…and so many others. Check out Spectrum Boutique’s full selection of SelfDelve’s silicone sex toys.

[This article is a repost with some edits. I originally wrote it for Spectrum Journal.]