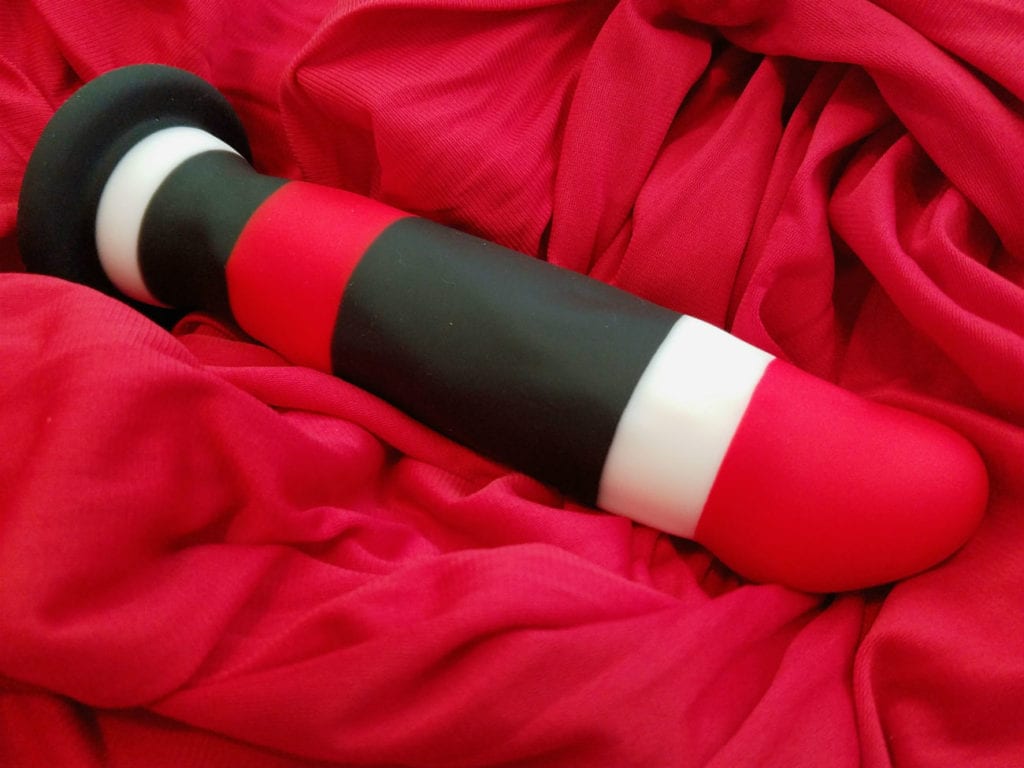 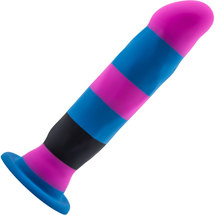 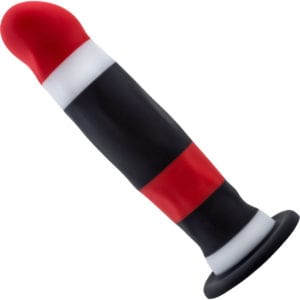 I hoped that my vagina would appreciate the Avant D5 as much as my eyes did. Perhaps I was setting it up for failure; I enjoy twisting the D5 inside me, but I’m not enthralled with using it any other way. Somehow, thrusting it overwhelms and bores me at the same time. 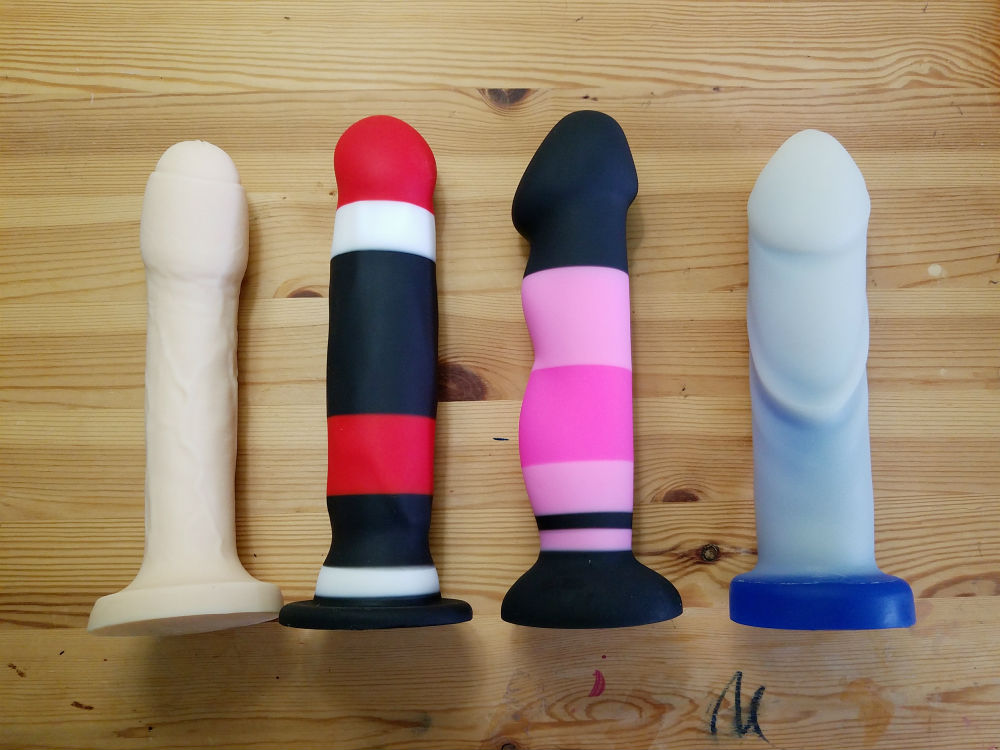 The Avant D5 is one of the more pliable single-density toys I’ve used. It’s almost as squishy as the outer layer of Tantus’s dual density silicone. It has more give than Vixen Creations’ single density while being firmer than Bad Dragon’s medium firmness toys. If I had to compare, I’d say that the bendable, somewhat draggy nature reminds me of the Tantus Super Soft C-ring, especially with how much the base stretches. 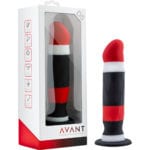 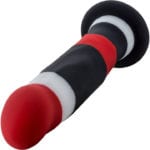 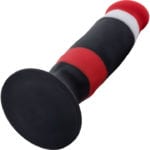 How does the Blush Avant D5 texture feel?

Frankly, I’m a texture wimp. I don’t love fine surface textures. A few well-placed bumps can be stimulating, but anything more than that registers as straight-up vaginal rugburn to me. There are two main kinds of texture I can appreciate: big bumps for jiggling in place against my G-spot, and small vertical ridges for twisting back and forth.

The D5 falls into the latter category. Add it to some external stimulation for more explosive orgasms.

The ridges, however, turn into a hindrance when I thrust it by itself. It’s not that the texture alone is too much; it just takes so long for this toy to do anything good for my cervix or G-spot. By the time I think I might get something amazing from thrusting it, the lube dries up, and the textures start to irritate my vagina. I reapply the lube, repeat the cycle, and I often end up frustrated. 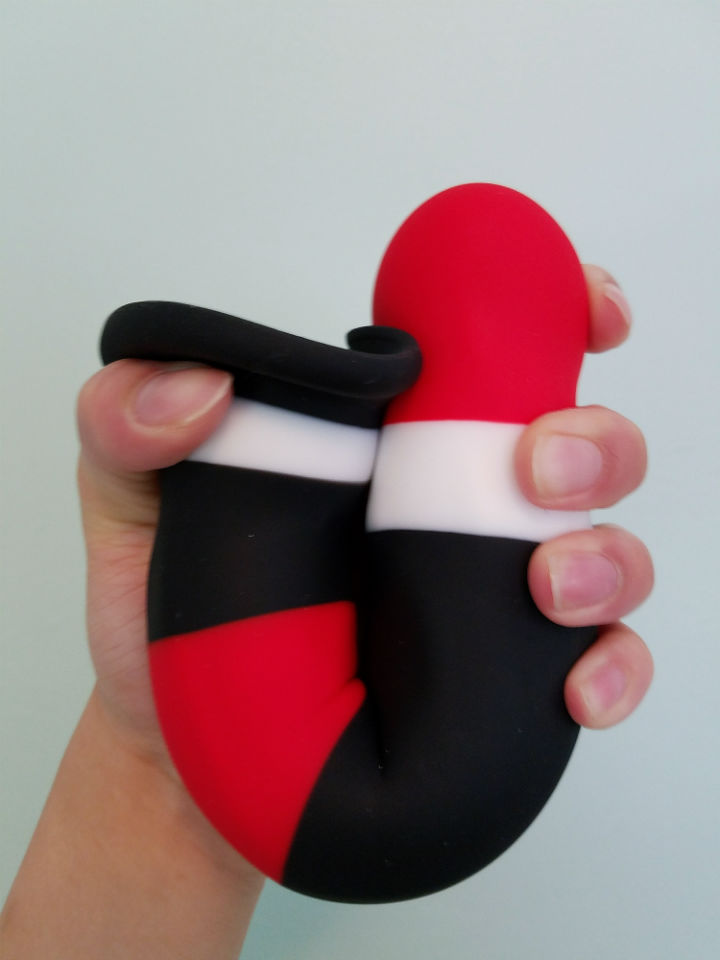 How does the Avant D5 perform for G-spot or cervix stimulation?

As it turned out, though, my vagina really didn’t care to thrust it. Even with a different kind of soap. Even with extra lube. At worst, I’m irritated. At best, it sometimes gets the job done, but I think another toy would have been better at it.

I had to bring out my Tantus Silk Large to compare and make sure I didn’t imagine things. Surely enough, I had a cervical orgasm with the Silk Large, with no problem. The Silk might be basic AF, but it’s firmer. And the slightly tapered increase in girth towards the tip does a better job at pressing into my cervix just right. As well, my beloved Vixskin Johnny and Outlaw might be squishy on the outside, but they have a firm inner core for thrusting. 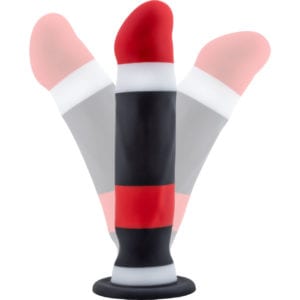 Who would I recommend or not recommend the Avant D5 to?

If your tastes are similar to mine, you’d be happier with an Avant D3 or D4. It’s girthier, smoother, and more rigid, with big structural bumps. The “Sin City” colors made me want to like the D5 and D6‘s shape, but my feelings toward it are the definition of lukewarm.

I received the Avant D5 from Peepshow Toys in exchange for giving my honest, unbiased opinion. If you want to support me and see more reviews, check out this and other toys in Peepshow Toys‘ carefully curated collection (like the Avant D3 or D4!). Purchases through my links will bring me a commission at no extra cost to you.