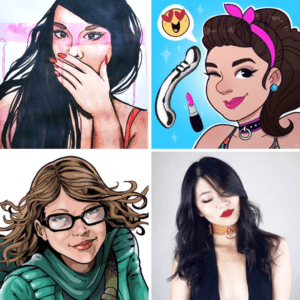 “I just had dinner with Epiphora, Girly Juice, and The Notice last night!!!!” I texted a friend.

“WHAT THE FUCK,” she responded. “WAS EPIPHORA JUST AS ADORABLE IN PERSON?!”

My past self would have reacted the same way as my friend: “WHAT THE FUCK” to the thought of meeting them. Of even being in the same place as them, at Woodhull’s Sexual Freedom Summit near Washington, D.C. 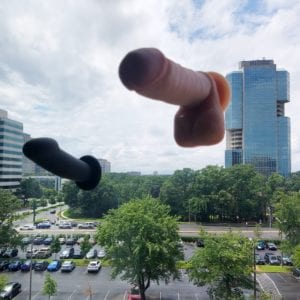 Sexual Freedom Summit was at the Hilton in Alexandria. I saw that the building was excited to see me, too.

For flip’s sake, Epiphora, Kate, and Rae together wielded a colossal 28 years of blogging and counting. That’s longer than I’ve even been on this planet.

But I initiated dinner plans because I was confident of a few things:

“Also, heads up, [my boyfriend and I] are gonna be dressed up because we decided to be extra tonight,” Kate messaged me.

I followed suit and put on a form-fitting burgundy dress with diagonal pleats by Calvin Klein.

“You look so regal!” Rae told me. “Like you’d be delicately petting a white cat in your lap.” 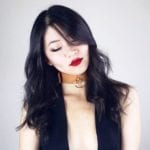 You know how drunk women in bar bathrooms are fiercely cordial to each other? That’s the vibe I get from Rae, a fashion and beauty blogger. Even before the dinner, Rae immediately started talking to me upon meeting (“Yes, the one other Asian here! Be my friend!”) and had complimented my outfit. 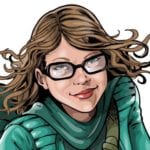 Piph was delightfully sex-geeky with her SheVibe T-shirt and vulva necklace. Her nails were marbled with blue and gold geode vulvas. Despite the undeniable flair throughout her ample blog, she was hardly intimidating or scary. Especially when she said, “aww” at the walrus on the restaurant menu.

She’s just as human as you and I. Epiphora comes complete with quirks like thinking of a witty joke for a post, only to realize that she had already written that joke before. And, rest assured: if you’re a blogger who’s felt Impostor Syndrome or cringed at your former self, understand that she’s been there too. 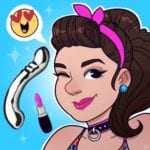 Girly Juice’s blog brand is built on personal stories and relatability. Kate is older than me by two years and has gone through similar phases, like dealing with depression and taking a gap year from school. When reading her blog, it’s easy to get the feeling that you know her. And not only that, but it’s reassuring that I, too, will be okay two years from now.

Getting comfortable with the flagrant sex-positivity 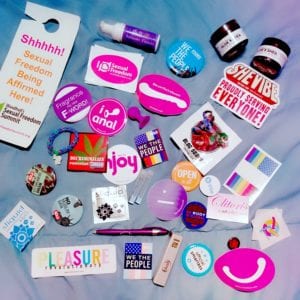 None of this is to say I wasn’t reserved at first. After all, I was still an introvert dining with four near-strangers and my then-boyfriend in a public place. I gave an understated response when Super Sleepy, Kate’s boyfriend, asked me what I thought of the single-density Vixen Randy.

“It’s amazing,” I said. What I meant was, “It’s so dizzyingly overwhelming that I almost sound like I’m giving birth when I use it. it’s my toy of choice for forced orgasms.”

Update: Epiphora and I both have a new Mona 2: the BMS Factory Pillow Talk Sassy and it’s under $50.

At the time, I was the only femme at the table who neither squirted, nor kept a sex spreadsheet or jack-off journal. All of that changed within a week of Woodhull. The sex-positivity and comfort with one’s body are infectious.

The (relatively) vanilla parts of our lives

They also asked me about my day job as an art model, my then-boyfriend about being a food scientist, and what it’s like dating a sex blogger.

My boyfriend, a food scientist: *feels attacked* …the thing I went to wasn’t a convention, but a competition where people evaluate dairy”#SFS18

“Well, it’s interesting being part of her blog,” he replied, “But there wasn’t a distinct moment where I was shocked to find out [that she wrote about sex].” 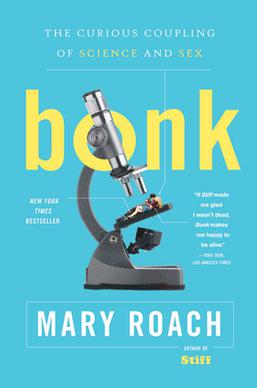 “On our second date, I showed him Mary Roach’s ‘10 Things You Didn’t Know About Orgasm‘ TED talk, and he wasn’t weirded out by it. So knew he’d be okay with my blog.”

“You guys bonded over Mary Roach? Awww!” said Kate. “[Super Sleepy and I] are total journalism geeks over her work.”

“That’s a really good filter,” added Piph. Indeed, that TED talk gave me a safe-ish way to discern whether a potential date was sex-positive.

We talked about first dates. My then-boyfriend’s and my first date, when he cut his finger while cooking for me and said, “Just so you know, I’m probably going to pass out within the next fifteen minutes [over the sight of blood].”  Super Sleepy and Kate’s first date, when they rented an office for an hour to make out (reservation title: “Important Meeting” with a briefcase emoji).

Okay, but tell us more about Super Sleepy! 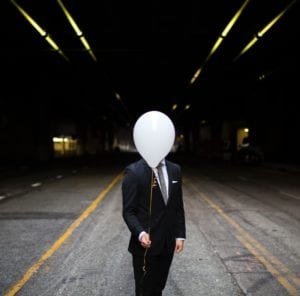 Super Sleepy Dude indeed is handsome with a fittingly firm handshake. But I don’t agree with Kate about them looking like Cillian Murphy. They seem more distinctly cute than Cillian. They look wholesome, even though I know they’re anything but that.

UPDATE: Super Sleepy is out as nonbinary and no longer anonymous. Their name is Matthew Bischoff.

It’s not because I don’t think they’re interesting. They’ve been on Jeopardy and met famous Pomeranians! And their trivia knowledge is, of course, oddly and specifically top-notch. When Piph and Rae expressed their dislike of onions, I said, “Did you know that Romanians dip raw onion in salt and eat it straight?” Super Sleepy (and only Super Sleepy) said yes.

If you’re grossed out by the idea of eating raw onion straight, let me cleanse your palate with this factoid: they regularly drink pineapple juice. Cue the “You’re a lucky girl, Kate!” AND they never ever forget to give oral— super committed to shrinking the orgasm gap.

The magic of the Sexual Freedom Summit 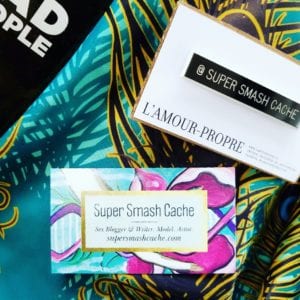 That’s the one main thing we all have in common: we’re all about making the world a sexier and more pleasurable place to be in. It was refreshing to chill with people who gave a fuck about sexual freedom. That goes for everyone in the blogger lounge and not just the four I wrote about here.

As a Quiet Tiny Asian, one who HAPPENS to be an introvert, it’s too easy to be down on myself for being a wallflower. Did I do and say enough? Did I make ENOUGH of an impression? Did I do ENOUGH to fight the stereotypes about who I am?

Sure, I didn’t branch out and talk to as many people as I was hoping to— there wasn’t enough time for that. 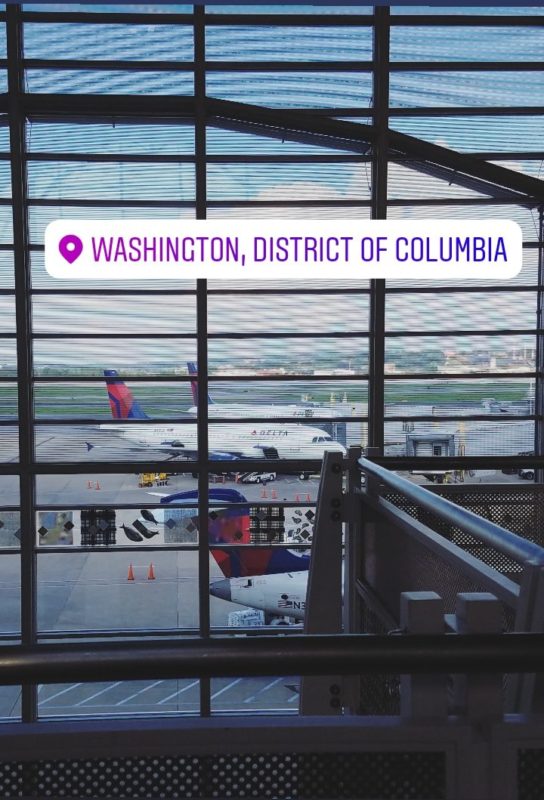 But there is no downplaying that I did take a chance and talk to some of the biggest names within my niche. People who others might have been scared to approach. That’s plenty of growing and pushing out of my comfort zone.

My blog and I have grown since. Maybe slowly, but certainly enough. Enough that it’s important to celebrate many small victories and the occasional big victories, like attending Woodhull. Enough that I’m psyched to see where I’ll be next year when I finally get to hang out with my fellow sex bloggers again.